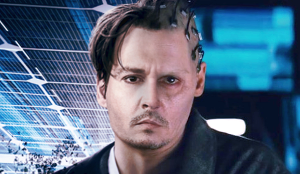 The new movie from Johnny Depp tells the story of Dr. Will Caster, a scientist specialized on Artificial Intelligence, who tries to build a sensible machine based on human emotions. His efforts are recogniced worldwide, which also turns him into the target of a “terrorist Cell” called “Revolutionary Independence From Technology” (R.I.F.T.)” who try different attacks in order to […]

I’m a full-time designer, photographer and community people. I love to analyze how this interactive world works. I’m not a programmer, however that’s how I started. I have been in the field since 2005 and have been loving every minute of it.
I love to learn and teach what I know about FLOSS and I enjoy meeting new friends from all around the world.
Loading Comments...
Comment
×