At Flock, another thing we discussed was the forgotten Fedora Women Program, a project designed to connect and assist women who are interested in using and contributing to Fedora. This program was announced to start in July, 2006; having as goal are often considered detrimental to the success of female FOSS developers. Since July 2006, Fedora Women has striven to raise awareness of the female community – along with the many roles women have as contributors and users – within the Fedora Project. 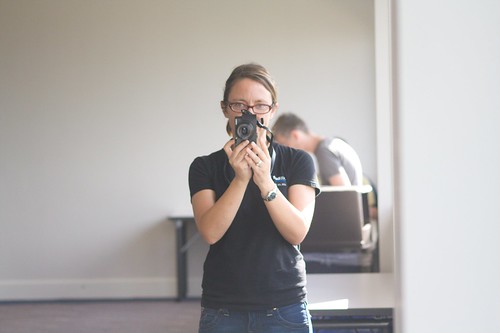 After a long talk that can be read through this super long log that qubodup wrote, we arrived to several conclusions:

Now, some great ideas were drop and we would like to use that as a start. A mail was drop to the list, but I guess a post at our planet could bring a bit of more attention.

We are completely open to other tasks so let us know your opinion. As soon as we get feedback, as soon we will start putting this into practice.

Previous Post
Are you a happy ambassador? (EMEA/LATAM) ambassadors survey