LGM Madrid 2013, where creativity is a MUST

From April 10 to 13 was held at Madrid the LGM (Libre Graphics Meeting), which is the Free, Libre and Open Source tools for design, illustration, typography, lay-out, art, photography, publishing, cartography, animation and video.

The Libre Graphics meeting is not just about software, but extends to standards, file formats and actual creative work. Hacksessions, keynotes, roundtables and presentations facilitate collaborations between programmers and artists, between projects such as Blender, GIMP, Scribus and Inkscape. Most importantly, the meeting is an opportunity to generate fresh ideas for future tools. 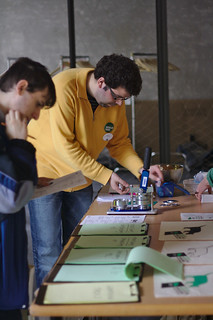 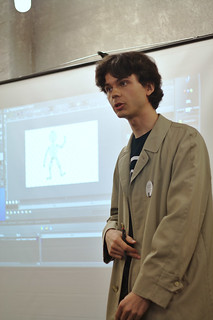 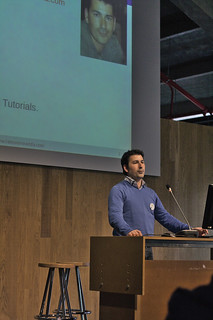 I had the chance to host a small translation workshop and work a lot with the darktable usermanual translation (which had been forgotten) since I though that this can be a useful documentation for those users that speak spanish. Also, darktable software was translated to 100% since it had some fuzzy and untranslated after the developers add the new mask curve add on for its modules.

Was good to see old and new friends as always, and to be honest, I feel that this year it was more productive for me than last one; I guess first year is always hard to handle since you feel overwhelm by all knowledge that surround you. Gathering with darktable folks (houz and jcsogo) was completely awesome, also hanging with the kartoffel gimp crew was simply fantastic; talk with Konstantin about krita sketch was great and trying all this new features for apps and formats was srsly, the best place to hang as a designer/photographer.

In the next days there are so many videos to record, so many reviews to publish, and now that I will be trying to help a bit with LGM organization, I think that people probably will get tired of my writing sooner than later. To everyone that made this possible, thank you, without your donations this wouldn’t have been possible! 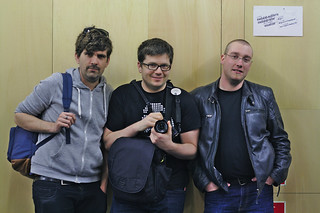 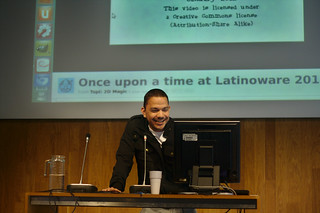 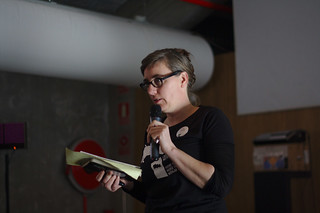 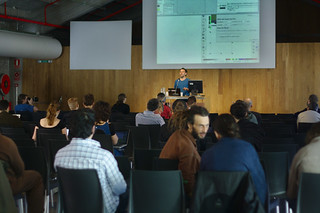